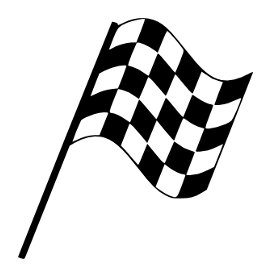 The Concept of Competition

Competitors, as it relates to marketing, are companies that satisfy the same customer need or want. Someone in the market for a car wants “a means of transportation” – subways, buses, bicycles can meet that need. From a marketing perspective, the concept of competition involves a broad set of potential and actual competitors.

Dealing with competitors is important but don’t lose sight of who’s most important – customers. Be alert and watch for weaknesses (yours and those of your competitors) but goals, rather than competitors, should be the main driving force of your business activities.

The Importance of Identifying Latent Competitors

Identifying competitors might sound like a simple task. No doubt Toyota realizes that Honda is a major competitor, and Coca-Cola knows that Pepsi-Cola is a competitor. The actual range of competition most companies face is much broader than the obvious. Your company is more likely to be hurt by new technologies or emerging competitors than by known competitors.

We can look to the classic example of how in Canada, Barnes & Noble, Indigo and Chapters were all competing to build the most stores where customers could spend their time reading while sipping coffee. At the same time, Jeffry Bezos was building Amazon.com, exclusively online. This had the advantage of providing an enormous selection of books without the cost of stocking large inventories and the overhead of brick-and-mortar megastores. The incumbents scrambled to play catch up in building online stores yet, at the time of this writing, Amazon still dominates Internet sales. The “traditional” bookstores have survived in this case, however focusing on current competitors instead of the latent ones has been the downfall of many businesses. Amazon and Barnes & Noble are all big companies, but the same lesson applies to small businesses as well.

Once competitors have been identified, it’s important to try to identify their objectives, strengths and weaknesses and their reaction patterns. This make it easier to anticipate competitor moves and come up with successful strategies to deal with them.

Gathering Information on the Competition

It’s not always easy to find out about the your competitors, nevertheless information is often available from a variety of sources.

Your sales force, suppliers, market research firms, trade associations and published data can be excellent sources of information. If you have a former employee of a competitor as part of your staff, have him or her serve as the resident expert on that competitor.

Use competitor websites to find out information on what they are doing to attract customers and partners. Many post press releases on their websites announcing new products. Trade association websites are also valuable because they often provide information about industry players.

Stay away from information gathering methods of questionable legality or ethics. Some companies have been discovered buying their competitors’ garbage and holding interviews for non-existent jobs to get information from competitor employees.

Attacking a competitor on several fronts or head-on by matching their marketing mix (products, pricing, advertising and distribution) is often a difficult approach, especially if the competitor enjoys advantages such as larger market share. However, direct attacks can be effective if the competitor commands fewer resources.

A better approach for smaller firms is to attack indirectly. One way is to spot areas where the competitor is underperforming and to better serve those areas. These areas could be untapped geographic locations or uncovered market needs. In other words, attacking indirectly means identifying shifts in market segments that cause supply gaps to develop, and then filling in those gaps while developing them into stronger segments. This is the essence of marketing, discovering needs and satisfying them.

Most companies target weaker competitors because it’s less costly, but this usually results in small gains. Remember, even strong competitors have weaknesses that can be exploited.

Depending on the particular situation, different strategies should be developed. Some of these include: