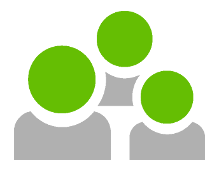 Working in groups is almost always an inevitable life experience, even for those who prefer to work alone. Therefore, it’s helpful to think about how to improve group interaction and performance.

Creating conditions that lead to more productive groups means we need to look at the nature of group dynamics. In this article, we discuss why people join groups, how groups evolve, what makes a group work well, and how to build a better working group.

Just to make it clear, for our purposes, we can define a group as being two or more interdependent people, who’ve come together to accomplish specific goals. A work group interacts mainly to share information and make decisions to help each group member perform better in his or her area of responsibility.

Work teams differ from groups in that teams engage in collective work that requires a joint effort. With teams, the overall level of performance is greater than the sum of individual input. More information about teams can be found in our article on improving teamwork.

Hermits are rare because humans are “social animals”. We evolved living and working with other people – balancing our personal needs with those of the group. This enhanced our chances of survival.

Humans join groups for a variety of reasons, including:

Many people find working in groups to be difficult and stressful, especially in the early stages. Understanding the stages of group development can help address these anxieties. The two main group development models are the Five-Stage Model and the Punctuated-Equilibrium Model.

In the 1960’s, psychologists broke up group development into 5 separate stages. We now know that groups don’t pass through these stages linearly or precisely, nevertheless the stages can help us understand group dynamics.

Temporary groups with deadlines tend to follow a pattern different from the 5-stage model outlined above. They tend to follow what is called the Punctuated-Equilibrium Model. This model is characterized by :

In summary, the Punctuated-Equilibrium model characterizes groups as going through long periods of inertia, with brief but revolutionary changes triggered by the group’s realization that they have a deadline to respect. Remember, this model is more appropriate for explaining the behavior of temporary task groups that are working under time-constrained deadlines.

Think about these stages next time you find yourself working in a group. You’ll very likely notice at least some characteristics of the Five-Stage or Punctuated-Equilibrium models.

What makes a group work well or poorly?

Why are some groups more effective than others? The answer is complex and includes many variables. It’s important to realize that groups don’t exist in isolation. They’re part of a larger organization, which has its own strategy and infrastructure. Therefore, every work group is influenced by both external and internal factors.

The organization’s overall strategy at any given time will have an effect on the power of the different work groups. Groups with tasks deemed as a priority will receive more resources than other groups.

The organization’s leadership, rules, resources (or lack of), and evaluation and reward systems all have an effect on group performance.

Internally, groups are affected by things like their members’ intelligence, motivation and skills. Individual abilities limit what members can do and how effectively they will perform in a group. Individuals who have crucial abilities to complete the group’s goals tend to be more involved in group activity and are more likely to become group leaders.

Interpersonal skills have been consistently found to be important for effective group performance. It is advantageous for the group to have members with conflict management, collaboration and communication skills.

A group’s structure has a major effect on the way it will perform. Leadership structure, member roles, groups composition, group cohesiveness, and group size all affect performance.

What can be done to improve group performance and interaction? The key is to assign appropriate tasks and give organizational support to groups.

Assigning appropriate tasks: Some tasks are more interesting to a given group than others. Harvard psychology professor Richard Hackman outlined the following conditions under which groups could be expected to work “extra hard”:

Provide organizational support: Organizations can supporting groups in various. In the real world, the necessary resources to provide ideal levels of support aren’t always available. Nevertheless, organizations should try to: